ESTROGEN — OUR SISTER HORMONE:
Addressing the Dark Side of Androgen Deprivation Therapy (ADT)

Many of the important adverse effects associated with androgen suppression with Lupron, Firmagon, or orchiectomy result from estrogen deficiency. Estimates vary, but 50%, 75%, or as much as 80% of a man’s serum estrogen arises from enzymatic conversion of serum testosterone. And when ADT drops serum testosterone into the low range of 20 – 30 ng/dL, a profound estrogen deficiency results. Loss of muscle strength and muscle mass, and erectile dysfunction can be directly attributed to diminished testosterone (T). However, estrogen deficiency is largely responsible for hot flushes (experienced by ~70-80% of men on ADT), loss of libido, osteoporosis and associated fracture risk, elevation of serum lipids, increased cardiovascular risk, increased fat deposition and weight gain, increased insulin resistance and diabetes, and, arguably, memory loss.

The thrust of current studies is to devise treatments that control prostate cancer while at the same time maintaining a normal male estrogen level so as to avert these adverse effects.

HOW COULD THIS BE ACCOMPLISHED?

A (LITTLE) BIT OF BASIC SCIENCE:

A natural question is how exogenous (transdermal) estrogen achieves castrate levels of testosterone. Estrogen achieves this via a negative feedback loop which turns off pituitary luteinizing hormone (LH) whose function is to promote testosterone production in the testes — the same general mechanism utilized by the LHRH inhibitors. Transdermal estrogen patches contain estradiol (E2), the most biologically relevant of the three subtypes of estrogen. In the PATCH trial, early results recorded that T was reduced at 30 months to <50 ng/dL in 96% of men in both the LHRH agonist and the E2 patch cohorts and remained similar at 6 months.

Earlier studies using oral estrogens were associated with significant cardiovascular adverse effects due to the induction of clotting factors in the liver. By utilizing the transcutaneous route, this hepatic “first-pass” metabolism is bypassed and the adverse effects averted.

Just as prostate cells have the all-important androgen receptor (the target for testosterone and dihydrotestosterone), similarly they contain receptors for estrogen which are activated by estradiol (E2): i.e. the estrogen receptors ER alpha and ER beta. ER beta is considered a tumor suppressor while ER alpha serves to promote prostate cell proliferation and possibly carcinogenesis. However, clinical studies have not demonstrated this consequence. The PATCH trial, however, will closely monitor for this.

A WORD ABOUT MALE ESTROGEN LEVELS:

In his 2017 study he noted that it requires E2 levels above 40 pmol/L to sustain bone health and libido, above 70 pmol/L to avoid gain in body fat and maintain insulin sensitivity, and greater than 90 pmol/L to prevent hot flushes.

REVIEW OF THE E2 ‘ADD-BACK’ STUDY — WHAT WERE THE RESULTS?

In this small study, 37 men with nonmetastatic CRPC were randomized between the daily application of 1 mL of E2 gel (0.9 mg) vs. a placebo and were evaluated at 28 days for hot flush frequency and biomarkers of bone resorption and insulin resistance. The baseline median T was

In another study, “Transdermal Estrogen in the Treatment of Hot Flushes in Men with Prostate Cancer,” hot flushes were reduced in men using transdermal patches during ADT (Gerber et al. Urology, Jan 2000):

In the Gerber study two patch doses were used: 0.05 mg or 0.10 mg of estradiol twice weekly. The higher dose reduced hot flush frequency significantly. Overall, 83% of men experienced benefit to any extent. Nipple tenderness occurred in 12% and 42% at the two doses. Estradiol increased from 44.4 pmol/L (baseline) to 60.0 and 98.8 pmol/L. The transdermal patch formulation utilized was “Estraderm,” Novartis Pharmaceuticals.

Changes in bone density and cardiovascular safety issues were reported at 2-yr follow-up. DEXA bone scans evaluated bone density at baseline, 1 and 2 years. The ultimate long-term trial goal is assessment of safety and progression-free and overall survival in a target cohort of 2150 men.

In the study, 74 men with locally advanced or metastatic cancer in whom long-term ADT was planned were randomized between an LHRH inhibitor or transdermal E2 patches (0.1 mg/24 hrs changed twice/wk). Both regimens achieved similar castrate T levels.

The longer-term data on progression-free and overall survival in the PATCH trial have the potential of providing a new option for ADT that avoids many (but not all) of the well-recognized side effects of Lupron, Degarelix and orchiectomy. In the initial 2 year period, clear clinical benefits were seen and a satisfactory short-term safety profile was demonstrated — especially the lack of adverse cardiovascular events. Long-term safety is a requisite.

In current clinical practice, the “add-on” regimen offers benefits. It might be a useful treatment for men with troublesome hot flushes. Ideally, before starting ADT all men would be well served by a pre-treatment DEXA scan. Those men with osteopenia (diminished bone density) or frank osteoporosis would be excellent candidates for “add-on” E2.

Dosage guidelines for transdermal E2 in males have not been established, but a reasonable plan was suggested in the Gerber article (see above): start with the low dose patch of 0.05 mg 2X/wk and increase to 0.10 if needed.

The “add-on” regimen – E2 patch plus ADT — can be beneficial to men with troublesome hot flushes and those at risk for deterioration of bone density. The PATCH study at 2 years follow-up has demonstrated safety and effectiveness comparable to LHRH inhibition, and if confirmed in long-term analysis, transdermal E2 as a single agent will offer an additional option for ADT. 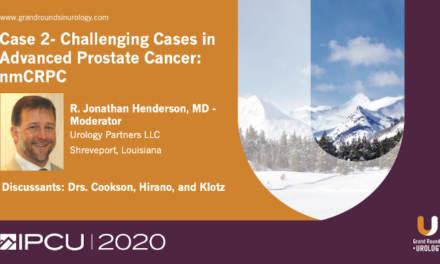 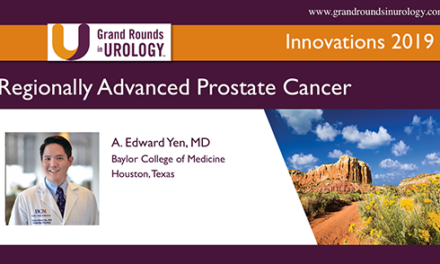 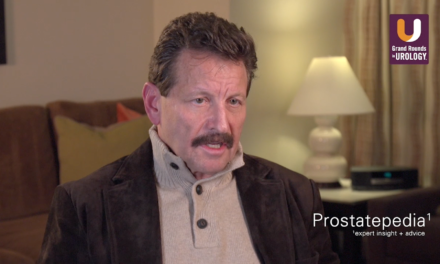 Ask the Expert: How Do Urologists and Medical Oncologists Differ in Their Approach to Prostate Cancer? 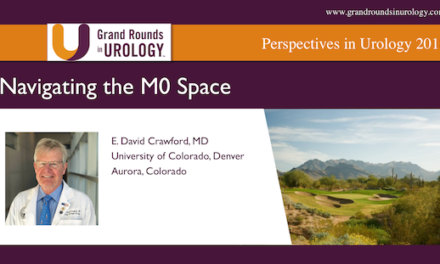