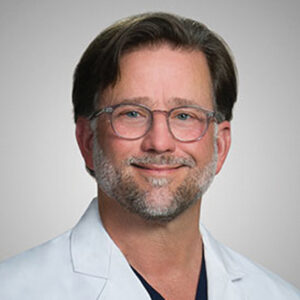 Dr. Henderson is a urologist with Regional Urology, LLC, in Shreveport, Louisiana. He obtained a Bachelor of Science Degree in Microbiology from Louisiana State University in Baton Rouge. After receiving his MD from LSU Medical Center in Shreveport, he then completed his Internship and Residency in Urology at LSUMC Hospital. During this time, he also authored a number of papers and presentations. Dr. Henderson spent the next six years in practice in Alabama, where he specialized in laparoscopy and treating disorders of the female bladder. During this time, he served as a representative of Alabama in the Southeastern Section of the American Urology Association. He also served as an Assistant Clinical Professor of Urology at the University of Alabama in Tuscaloosa. Dr. Henderson is certified by the American Board of Urology. He is a member of the American Urologic Association, the Shreveport Medical Society, the Louisiana State Medical Society, the Society of Laparoscopic Surgeons, and the Alpha Omega Alpha Medical Honor Society. He has been on the LUGPA Board of Directors since 2011, and is currently serving as Secretary.

Genetics and Genomic Biomarkers: How Molecular Markers and mpMRI Play a Role

R. Jonathan Henderson, MD, a urologist with Regional Urology, LLC, and President-Elect of the LUGPA Board of Directors, discusses the challenges posed by having a plethora of screening tools at a physician’s disposal, as well as how the statistical validity of these tools makes it unclear as to which are best for a given situation. He also uses his personal experience with taking a patient through the prostate cancer screening process in order to highlight the need for free and open communication with the patient, the importance of choosing a process that the physician is comfortable with, and the challenge of helping the patient find peace of mind.

R. Jonathan Henderson, MD, a urologist with Regional Urology, LLC, discusses an unusual case of non-metastatic castration-resistant prostate cancer (nmCRPC) with a panel featuring Laurence Klotz, MD, FRCSC, Daisaku Hirano, MD, and Michael S. Cookson, MD. The case in question involves an asymptomatic patient in his 70s who was successfully treated for localized prostate cancer and then, ten years later, was treated with cryotherapy for recurrent cancer, after which point cancer stopped appearing in imaging, but the patient’s PSA rapidly rose even as he was treated with abiraterone. Drs. Klotz, Hirano, and Cookson discuss whether it is appropriate to give such treatments to a persistently asymptomatic patient and note that his high PSA could be a response to abiraterone. They also consider the possibility that advanced imaging techniques like PSMA-PET would reveal that the man does have metastases and ponder which of the approved treatments for nmCRPC might suit this patient best.

R. Jonathan Henderson, MD, argues that the goal of ADT should be to achieve and maintain the lowest levels of T possible in prostate cancer patients. The FDA-recommended target low of 50 ng/dL originates from constraints of outdated technology, and multiple studies indicate that there is a benefit to patients when T-levels fall below 20 ng/dL.