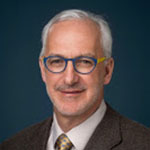 What’s New in Active Surveillance for Prostate Cancer in 2021

Laurence Klotz, MD, FRCSC, Professor of Surgery at the University of Toronto and the Chair of Prostate Cancer Research at Sunnybrook Health Sciences Centre, discusses what is new with active surveillance (AS) for prostate cancer, presenting various recent studies. He begins by considering the role of molecular genetics and observes that patients with certain kinds of disease are very safe candidates for AS noting, for instance, that only 2% of patients with Gleason grade 1 cancer are in the highest average genetic risk quartile, and that long-term outcomes for patients with Gleason grade 1 disease on AS are excellent. Dr. Klotz then looks at the safety of AS for younger patients, a group that has often been encouraged to get radical treatment, and highlights studies showing that younger men have a lower risk of upgrading while on AS and that AS is as safe for men over 60 as it is for men under 60. He comments on some other commonly-cited risk factors, noting that, with the exception of patients with BRCA mutations, a family history of prostate cancer does not increase a patient’s risk of having more aggressive prostate cancer, and also that while Black men experience higher rates of progression and treatment on AS, there is no difference in metastasis or mortality compared to White men on AS. Dr. Klotz acknowledges that radical treatment is likely necessary for patients with the BRCA2 mutation, but mentions that there is some controversy in this area. He then touches on the limitations of MRI, emphasizing that MRI progression does not correlate with upgrading and that MRI does not contribute significantly to the identification of higher-grade cancer, and that biopsy compliance is important for identifying progression. Dr. Klotz also briefly notes that active surveillance is a safe option for well-selected patients with intermediate-risk disease. He then looks at some recent research indicating a relationship between obesity and prostate cancer progression. Dr. Klotz concludes with the observation that while there is still a lot of variation in the use of active surveillance, as well as room for growth, there has been increased uptake overall in the US.

In the third part of a Platinum Lecture trilogy on active surveillance, Laurence Klotz, MD, FRCSC, Professor of Surgery and holder of the Sunnybrook Chair of Prostate Cancer Research at the University of Toronto, discusses patient selection, monitoring, and innocuous interventions for active surveillance of prostate cancer. He argues that active surveillance is safe for appropriately-selected younger men, as well as for Black patients. Dr. Klotz also explains that placing men with intermediate-risk cancer can be safe, again with appropriate selection and careful follow-up. He then gives an overview of innocuous interventions for patients on active surveillance, including diet, exercise, smoking cessation, vitamin D, low-dose statins, and metformin.

In the second part of a Platinum Lecture trilogy on active surveillance, Laurence Klotz, MD, FRCSC, Professor of Surgery and holder of the Sunnybrook Chair of Prostate Cancer Research at the University of Toronto, outlines recent developments in imaging and biomarkers and discusses how these are changing active surveillance for prostate cancer. He reviews the benefits and limitations of MRI targeting, considers the potential of high resolution micro-ultrasound, looks at how biomarkers that provide a continuous risk index might be more useful in active surveillance than most currently-available biomarker tests, and contemplates a future of data integration and artificial intelligence in active surveillance.

Active Surveillance 2021 – From Bench to Bedside

In the first part of a Platinum Lecture trilogy on active surveillance, Laurence Klotz, MD, Professor of Surgery and holder of the Sunnybrook Chair of Prostate Cancer Research at the University of Toronto, discusses the history of active surveillance for prostate cancer as well as current guidance for its implementation. He first notes the major issues in early prostate cancer in the present day, including risk assessment prior to diagnosis, diagnostic evaluation of localized disease, and image-guided partial gland ablation therapy. Dr. Klotz then looks back to early papers suggesting that radical treatment may be unnecessary and ineffective in treating low-risk prostate cancers, remarking on their influence on himself and his colleagues’ 2002 feasibility study on watchful waiting. He reflects on how active surveillance has become widely accepted since that publication, and discusses what urologists have learned regarding patient selection, especially in terms of molecular genetics. Dr. Klotz then compares different studies of active surveillance, focusing on one with broad patient selection criteria and one with conservative selection criteria. The study with broader patient criteria found a raw prostate cancer-specific mortality of 1.5% and an actuarial mortality of 5% at 15 years, while the more conservative study found a prostate cancer-specific mortality of 0.5% at 15 years. Dr. Klotz notes that the 5% actuarial mortality in the first study was determined to be largely the result of the presence of pattern 4 disease at baseline. He also observes that there has been a convergence of selection criteria since those studies came out. Dr. Klotz concludes by discussing current active surveillance protocol, emphasizing the importance of doing a confirmatory biopsy.