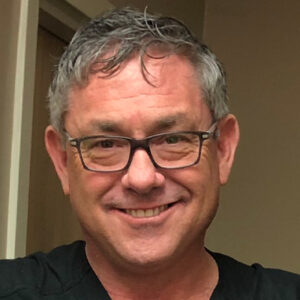 Steven N. Gange, MD, FACS, graduated from the University of California Los Angeles School of Medicine in 1986 and then completed his urology training at the University of Kentucky in 1991. He served in the US Army from 1991-1996 as a teaching urologist, fulfilling an ROTC obligation. In 1996, he joined Western Urological Clinic in Salt Lake City, now Granger Medical Clinic/Summit Urology Group, where he is currently Director of Research and Education. Through ongoing investigation and clinical work, he has developed particular expertise in the field of men’s health urology, emphasizing minimally-invasive procedures for BPH and prostate cancer. As a clinical investigator, he was the first urologist in North America to perform UroLift for BPH, and first in the world to perform UroLift in-office under local anesthesia. Since FDA approval, he has successfully performed over 600 UroLift in-office procedures, using his refined local anesthetic technique, and he has taught UroLift to hundreds of fellow urologists across the US and Canada. He has also lectured on BPH and UroLift at numerous meetings and has co-authored 9 of the pivotal UroLift papers, including a review paper on emerging BPH technologies. In addition, he performed the first Rezum procedure in North America, and was lead enroller in NxThera’s RCT. Dr. Gange was also the first urologist in the Intermountain West to perform Sonablate HIFU for prostate cancer. Dr. Gange is dedicated to educating the public in addition to medical providers. In 2001, he founded The Utah Healthy Living Foundation, a CME-accredited, non-profit, educational 501c3 corporation dedicated to improving the quality of life in Utah through health education and screenings, and he remains its president. He has held numerous other leadership positions, including President of the Utah Urological Society, Chair of the Utah Cancer Action Network, Chief of Surgery at St. Mark's Hospital, and a member of the Practice Management Committee for the AUA. He has been voted one of the Top Doctors in America by his peers. He regularly lectures to physicians and lay groups on various aspects of urology, and was instrumental in the creation of the urology section of WebMD.

Steven N. Gange, MD, FACS, Director of Research and Education at Granger Medical Clinic/Summit Urology Group, reviews a propensity score-matched study comparing focal therapy (FT) for localized prostate cancer to radical prostatectomy (RP). Dr. Gange explains that, until now, this information has never been reported, as randomized controlled trials (RCTs) comparing RP to FT methods such as high-intensity focused ultrasound (HIFU), brachytherapy, or cryotherapy have historically failed to enroll and could be considered unethical given the disparity of risk. By using propensity score matching, the researchers for this study roughly simulated an RCT by selecting patients with matching entry criteria from a diverse dataset, ultimately testing 246 patients on each respective side. The primary outcome was failure-free survival, and Dr. Gange notes that at 3, 5, and 8 years the results were similar for both cohorts. Each cohort also had similar biochemical and histopathological outcomes. Dr. Gange concludes that this appears to be a reasonable comparison between RP and FT, but observes that there are some limitations to the study, including an inability to account for confounding variables and to adjust for baseline urinary and sexual function, as well as a lack of long-term outcomes.

UroLift can be a good option for patients who are frustrated with urinary symptoms they experience...