Juanita M. Crook, MD, FRCPC, discusses the challenges of assessing modalities for the management of high-risk prostate cancer in terms of quality of life (QOL) outcomes. She then reviews QOL data from the ProtecT trial, the efficacy and toxicity of presented for ASCENDE-RT trial, and data from two large, mature prospective databases. She also shares her opinion on the “tri-modality” approach.

While physicians are increasingly managing non-lethal, or favorable risk prostate cancer with active surveillance, potentially lethal, or high-risk prostate cancer generally requires multimodality treatment. These multimodality treatments could be surgery with or without radiation and androgen deprivation therapy (ADT), or radiation plus ADT with or without brachytherapy. This complicates the assessment of QOL, because these outcomes depend on the combination and timing of modalities.

Level One Evidence from ProtecT

Additionally, she discusses the 5 year follow up ProtecT published in the NEJM, which assessed patient-reported QOL outcomes. This article concluded that RP had the worst sexual function and incontinence symptoms throughout the entire follow-up period. Patients who received external beam radiation (EBRT) experienced the worst at sexual function 6 months, but all those patients subsequently received ADT and saw some recovery. In the active monitoring arm, both sexual and urinary function steadily decreased over time.

The ERBT arm saw the worst bowel function symptoms at 6 months, but similarly to the urinary and sexual scores, those symptoms improved with the addition of ADT. However, hematochezia continued to be a problem for these patients. Furthermore, bowel bother and fecal incontinence recovered in all modality arms.

The Origin of Tri-modality Treatment

In 2009, Nelson N. Stone, MD and Richard G. Stock, MD, authored an article in the British Journal of Urology that looked at the effect of a high biologically equivalent dose (BED) on Gleason 7-10 disease treated with brachytherapy. This article became the basis for “tri-modality” treatment, or in other words, a brachytherapy, EBRT, and ADT combination.

This was a multi-center trial of over 1000 patients with a median follow-up period of 46 months. Approximately 80% of patients had Gleason score (GS) 7 prostate cancer, and 20-25% patients had a GS of 8-10. All received low-dose rate (LDR) brachytherapy.

The 5-yr-FFBF rate was 96%, with the addition of ADT, versus 78% for those without. ADT. There were also indications of improvement in rate of development of metastases.

Level One Evidence from ASCENDE-RT

Dr. Crook reviewed this Randomized, Phase III study of 398 patients with a follow-up period of 5-11 years. Two thirds of the patients were in the high-risk category, while the remainder were classified as high-tier intermediate risk. All received one year of ADT and Pelvic Intensity Modulated Radiation Therapy (IMRT). Then, they were randomized to either the LDR brachytherapy arm, providing a boost of an additional 115 Gy, or the external beam radiation therapy (DE-EBRT) arm, which continued the external beam to a total of 78 Gy.

Nine years after start of ADT treatment, progression free survival (PFS) for the DE-EBRT arm was 62.4 %, versus 83.3% PFS for those treated with LDR-PB. The absolute difference between the two arms at 9 years was 20.95%

Looking at only the high-risk subjects at 9 years, the LDR-PB arm had a progression free survival rate of 78 percent, versus 58.2 % in the DE-EBRT arm. Randomization to the DE-EBRT arm (78 Gy) versus the LDR-PB (total of 115 Gy) was associated with a 2 times greater risk of biochemical failure at 6.5 years.

Quality of life data was not collected following a patients’ failure. So, toxicity of salvage was not a factor when comparing the two arms. However, after 5 years, prevalence of grade 3 genitourinary and gastrointestinal toxicity was higher in the LDR brachytherapy group, while the 5-year sexual dysfunction was similar to baseline, but actually better in the LDR-PB arm.

Comparing Modalities for High-Risk Prostate Cancer in a Prospective Database 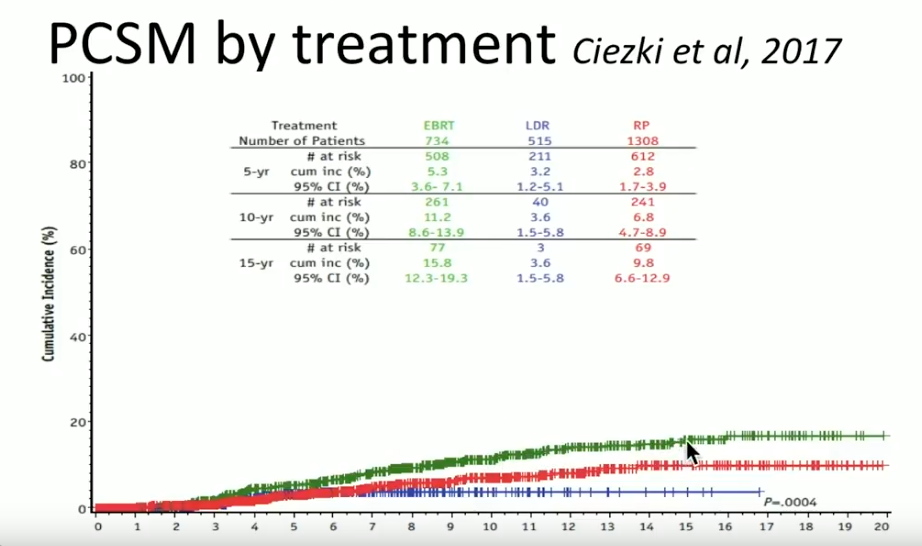 The figure to the left shows the evaluation of prostate cancer specific mortality (PCSM) according to treatment. Green represents EBRT, red represents prostatectomy, and blue represents brachytherapy. These differences seen in the graph are statistically significant. 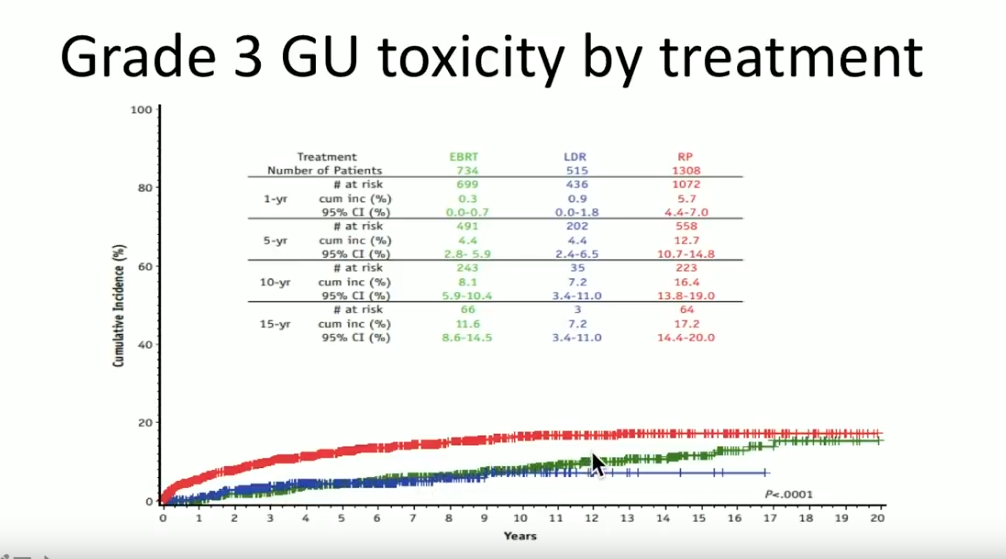 When evaluating QOL instead of PCSM, the graph changes. Toxicity is highest in prostatectomy, but with ERBT, at 15 years, the grade 3 GU toxicities of ERBT and prostatectomy are almost the same. ERBT also has the worst outcomes for grade 2 or higher toxicity (not pictured).
In summary, brachytherapy alone is hardly ever considered for high-risk disease. The GU toxicity for EBRT does not plateau, and equals RP by 15 years. Brachytherapy appears to be an ablative treatment, equivalent to RP, without as high a price of incontinence and sexual dysfunction.

Overall, Dr. Crook claims that the tri-modality of ADT, EBRT, and brachytherapy is the most effective form of treatment for high-risk prostate cancer patients. Although clinicians must understand adding EBRT to brachytherapy may increase bowel symptoms and GU toxicity, improving techniques, like attention to sagittal imaging, can mitigate those effects.

Juanita M. Crook, MD, FRCPC, completed her medical training at the University of Toronto and her Residency in Radiation Oncology at Princess Margaret Hospital. She is currently a Professor of Radiation Oncology at the University of British Columbia in Kelowna. She is a radiation oncologist at the BC Cancer Agency Sindi Ahluwalia Hawkins Centre for the Southern Interior, also in Kelowna, where she has developed image-guided HDR gynecologic brachytherapy, US-planned HDR prostate brachytherapy, and permanent seed brachytherapy for breast cancer.

Previously a Professor of Radiation Oncology at the University of Toronto/University Health Network and Associate Professor at the University of Ottawa, she has a particular interest in intermittent androgen suppression, post-radiation prostate biopsies, and penile brachytherapy. She has written more than 20 book chapters and over 200 journal articles and is a frequent speaker at international meetings where she presents in English, French, and Spanish. She was Scientific Chair of the 2007 American Brachytherapy Society meeting and frequently teaches at the ABS Prostate Brachytherapy School. She is the Former President of the Board of the American Brachytherapy Society and the recipient of the Thom Shanahan Distinguished Brachytherapy Educator Award. 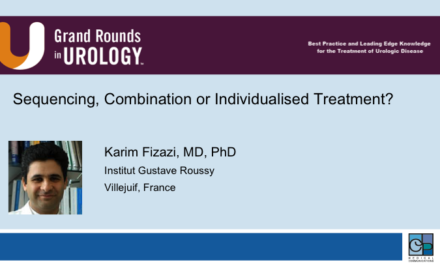 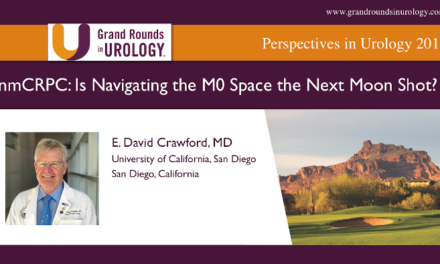 nmCRPC: Is Navigating the M0 Space the Next Moon Shot? 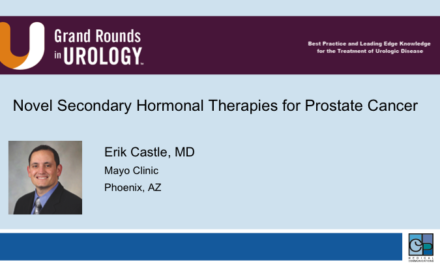 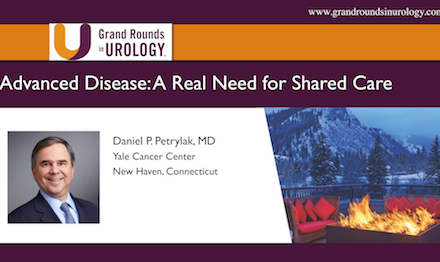 Advanced Disease — A Real Need for Understanding and Shared Care