In the second part in a four-part series, Neil F. Mariados, MD, presented “Evolving Intersection Between Inherited Cancer Genetics and Therapeutic Clinical Trials in Prostate Cancer” for the Grand Rounds in Urology audience in October, 2019. This educational program is supported is Myriad Genetics. Part 1 of this series is available here and Part 3 is available here.

In the second part in a four-part series, Neil F. Mariados, MD, Medical Director of Radiation Oncology with Associated Medical Professionals in Syracuse, NY, describes the role of genetic mutations in the efficacy of prostate cancer treatment options and in the science behind poly (ADP-ribose) polymerase (PARP) inhibition. He also reviews clinical trials leading to PARP inhibitor research in prostate cancer and the many clinical trials investigating the intersection between cancer genetics and prostate cancer. This educational program is supported is Myriad Genetics.

The Role of Genetic Testing in Prostate Cancer Evaluation

Inherited genetic mutations are becoming part of the discussion in assessing prostate cancer risk. For example, about 11% of prostate cancer patients have at least one primary cancer that carries the germline mutations associated with increased cancer risk. Germline mutations, Lynch syndrome, and other mutations that increase the risk of breast and ovarian cancer, also increase the risk of prostate cancer. Because of this, genetic testing is now recommended in patients who have family members with cancers associated with these genetic risks, high- or very-high-risk prostate cancer, metastatic disease, patients of Ashkenazi Jewish history, or patients with intraductal pathology.

DNA mismatch repair mutations are also important to evaluate in prostate cancer patients, as they can result in tumor microsatellite instability, which is sometimes associated with germline mutations and Lynch syndrome.

When the BRCA 1 or 2 mutation is present, cells must rely on PARP to repair the single stranded breaks. If PARP cannot repair the single stranded breaks, the cell will die. In a cancer cell without BRCA 1 or 2, inhibiting PARP causes cell death. Drugs targeting PARP, or PARP inhibitors, are emerging as influential treatment options for patients with the BRCA 1/2 mutation. Additionally, PARP trapping, or keeping PARP at the sites of DNA damage, may play an important role.

PARP Inhibitors are Leading an Evolution in Cancer Treatment 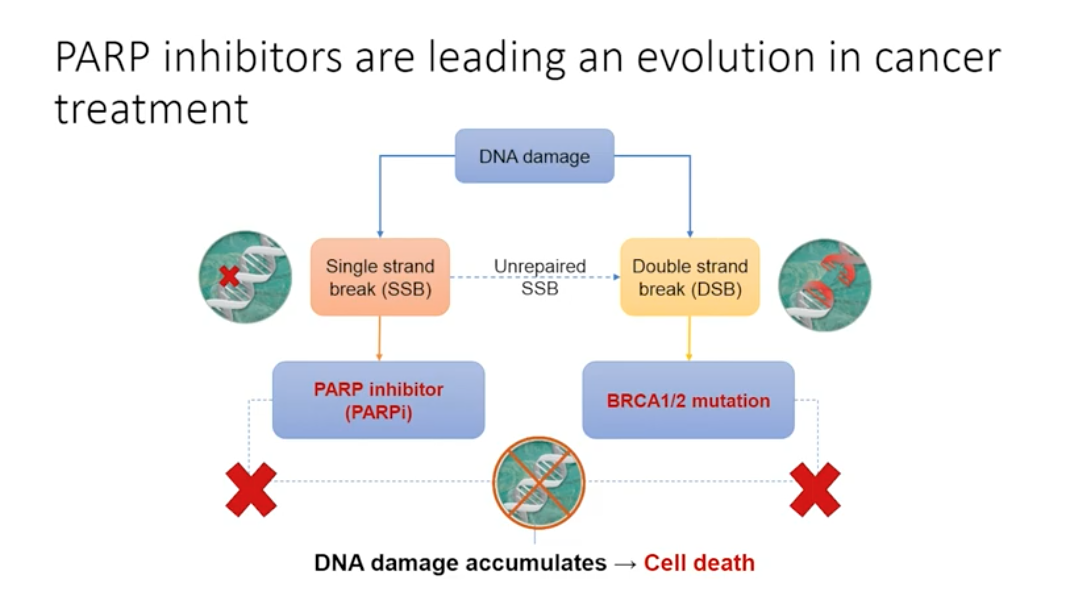 Among the many studies evaluating PARP inhibitors in prostate cancer, the TOPARP-A trial, a completed phase II trial, tested response rates to olaparib in metastatic castration-resistant prostate cancers patients with DNA repair defects. Out of the overall patient population, 16 patients were identified to have a variety of DNA-repair gene mutations, and of those, 14 had a response to therapy.

The BRCA 1 and 2 mutations also impact how patients respond to other treatment options for prostate cancer. In metastatic prostate cancer, chemotherapy is the standard option for castration-resistant tumors. Specifically, in patients with DNA repair mutations like BRCA 1 and 2, the National Comprehensive Cancer Network guidelines suggest using platinum-based chemotherapy early in treatment.

The presence of DNA repair mutations can also make tumors more sensitive to checkpoint inhibitors like PD-1 inhibitors. Pembrolizumab is a PD-1 checkpoint inhibitor, which is approved for solid tumors with deficiencies in mismatch repair pathway, microsatellite instability, or germline or somatic mutations.

Overall, there is promising research in this evolving intersection between inherited cancer genetics and clinical trials. 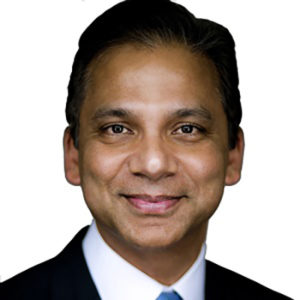 Neil F. Mariados, MD, is the Medical Director of Radiation Oncology with Associated Medical Professionals in Syracuse, New York. He completed residencies in Internal Medicine and Radiation Oncology at the University of Medicine and Dentistry of New Jersey and Upstate Medical Center of Syracuse, New York, respectively. He went on to complete a fellowship in Stereotactic Radiosurgery and Brachytherapy at the University of Ottawa in Ottawa, Canada. Dr. Mariados has 30 years of experience and specializes in radiation oncology.