I was given the topic of talking about the future of high risk prostate, kidney, and testis and was going to show about three or four slides on each of them.

Definition of high risk prostate cancer most of us as urologists use the D’Amico classification greater than 20 nanograms per ml, Gleason score of 8 through 10 and clinical T2C disease. There are some people who want to bring that to clinical T3. The other cases represent about 10 or 20% of screened men so it’s a large population of what we see. Also moves to expand this into including lymph nodes, seminal vesicles, or mets but I’m thinking more of that high risk localized disease. In this setting what really needs to be addressed. One the earlier and best identification of patients, we talked a lot about this yesterday and more on that in a minute, and to get them the most effective treatment early on. The second is obviously to improve therapies to prevent recurrences or to treat that progression or recurrences when they develop.

Screening tests have improved clearly. A lot of great talks yesterday. One thing I would say, and this would be the main topic of today’s talk, is we need to move a little bit beyond the PSA platform. I feel, at least in central Massachusetts our experience and some other studies we’ve recently put together in Detroit that PSA is getting a little bit soured and we’re losing the battle in prostate cancer screening in part because PSA is involved. We had wonderful talks yesterday in the different molecular assays which have enhanced stratification. I use a lot of these different genetic signature-based biomarkers, I think they’re wonderful but all of this is moot because the family practice, the primary cares and the general perception is that prostate cancer is not harmful.

When I got to UMass I was asked to do a couple little videos. They have the videos in the cafeteria on the hospital. They have the Facebook pages and they came up pretty spontaneously and said talk to us for a few minutes on prostate cancer also men’s health and some other things. I did two videos. I thought it was very balance, they put text with it, and I even in the text links to AUA guidelines, the American Cancer Society guidelines, Massachusetts Department of Public Health. They came out on a Friday morning. I was operating, I did a couple of prostatectomies that day and when I got out of surgery there were about 50 or 60 emails from irate primary care physicians in the system saying that I’ve just set everything back and I’m an expert in the field and how could I even imply that prostate cancer and PSA screening was important and how could I support it? My secretary told me that they were standing at my door with pitchforks ready to come after me. It’s a big problem.

I’ve met with the different groups and these are slides I use when I speak to prostate cancer support groups and advocacy groups and I showed them the same things as we’ve got advancements in screening beyond just PSA and free total and density and velocity. We’ve got PHI, we’ve got 4K, we’ve got PCA3, ConfirmMDx for stratification. We’ve got all the different genetic-based markers. There’s a lot we can do. More importantly we’ve really made this conscious effort to separate the diagnosis from the treatment. Across the board, doesn’t make a bit of difference. I think that perception is really out there. I think that despite all the wonderful research, the wonderful tests that have been discussed in the last couple of days, robotics, some of the new basis for the immunotherapy and cryotherapy that until we change the conversation back again that prostate cancer is potentially a lethal disease all of this is unfortunately a little bit going for nothing.

We have one of the first AUA data grants I got last year with one of our MD PhD students and we’re comparing just the rates of screening in the last two years for prostate cancers compared to a control group of about five or six years ago using one of the managed care networks in central Massachusetts and also the Henry Ford database as well. Its preliminary but there’s a significant decrease in screening and diagnosis and anecdotally I’m seeing a lot more worse disease presentation and not the low-grade men that I’m seeing as much.

My take-home point for this is until we change that paradigm back that prostate cancer can be a high risk lethal disease a lot of this unfortunately is falling on deaf ears.

That said, once we do have those patients who are identified in the future we definitely need to identify which of those men will respond to which therapies. There was a nice talk yesterday on using genomics to identify the best therapeutic targets. Obviously it’s not a new concept but if we could develop a wonderful personalized genetic or molecular fingerprint for each disease type and say this is when we use abiraterone, when we use enzalutamide, this is when we use hormones or non-hormones. That’s going to be crucial for the future.

As a surgeon I think we need to use more extensive local therapy for oligometastatic disease both radiation and surgery. I think there needs to be that addition of multimodality and systemic therapies early in the course and not a monotherapy but multimodality and using some form of genomics to optimize that treatment so that our therapies are truly target-specific.

What do we need? We need tumor-based predictive markers much like I mentioned for prostate cancer. I think we need to better understand those mechanisms of immune escape and there’s work being done here. Working on further downstream targets and putting in a play for my own institution more on RNA-based therapeutics as we have a huge center for that.

I don’t think we’ve exhausted adjuvant therapy despite the recent negative studies that have come out. I think we need to look at very specific profiles for that and I also think we need to have a look at autologous vaccines in immunotherapy. I trained back in the days of Tills with Arie Belldegrun those days are gone, but there are much better understanding and opportunities for vaccine and immunotherapies for renal cell.

There are other molecular approaches that are being studied now in Phase I, II, and III studies. Checkpoint inhibitors, I know we’re going to hear a little bit about that in bladder cancer to follow, programmed death ligand, the PD-L1s, HIF2, alpha inhibitors, the CAR T cells and also some – – addressing codes as to medical conditions and there’s some thought that if you treat hypertension in some patients and you treat LDH, and hypercholesterolemia you can actually improve the response to the systemic therapies for metastatic kidney cancer.

Last couple of slides just on testis cancer. That poor risk or high risk are those patients with the mediastinal tumors, very, very high tumor markers in the non-seminomatous subset.

Testis cancer is a success story in general. It’s an amazing success story and chemotherapy works wonderfully. There are those rare patients with metastatic disease who ultimately fail so identifying them earlier would be an important thing for the future. Better treatments for those recurrent chemo-resistance advanced disease and there are some new genetic and molecular targets that are being developed.

Within the urology community especially at the last couple of SUO meetings, there’s been a lot said about the toxicity of chemotherapy. How can we reduce that? Either by maybe reducing chemotherapy dosing or developing these new genetic and molecular targets that might be less toxic systemically.

That’s really all I wanted to say in a very brief seven or eight minutes. Mitchell H. Sokoloff, MD, FACS, is a Professor of Urology and Founding Chair of the Department of Urology at UMass Memorial Health Care and UMass Medical School in Worcester, Massachusetts. Dr. Sokoloff is board-certified in urology, with clinical specialties in the treatment of prostate, kidney, and testis cancer. His expertise includes robotic prostatectomy, nerve-sparing prostatectomy, nephron-sparing partial nephrectomy, and retroperitoneal lymph node dissection. He has particular expertise in the management of high-risk, locally-advanced and recurrent prostate, kidney, and testis cancer. He has received national peer-reviewed funding for basic and translational research. Dr. Sokoloff came to Worcester in March 2014 from his position as Professor of Surgery and Chief of the Urology Division of the Department of Surgery at the University of Arizona College of Medicine in Tucson, a position he had held since 2008. He earned his undergraduate and medical degrees from Stanford University in Palo Alto, California, and completed a residency in urology at UCLA School of Medicine in Los Angeles, as well as a fellowship in molecular urology and therapeutics at the University of Virginia in Charlottesville. At the University of Arizona, Dr. Sokoloff developed a nationally recognized program in genitourinary oncology that incorporated novel anti-cancer agents and technologies as a complement to conventional surgical therapy. Previously, Dr. Sokoloff was Chief of Urologic Oncology in the Division of Urology and Renal Transplantation and Director of Robotic Surgery in the Department of Surgery at Oregon Health and Science University in Portland, Oregon. Prior to that, he was Director of Urologic Oncology in the Division of Urology at the University of Chicago. He is a member of the American Association of Cancer Research, the American Urological Association, the American College of Surgeons, the Society for Urologic Oncology, the Society of Urologic Chairs and Program Directors, and the Society for Basic Urologic Research. He is the author or co-author of more than forty peer-reviewed publications and numerous book chapters and abstracts, and he has presented at a wide range of regional, national, and international meetings. 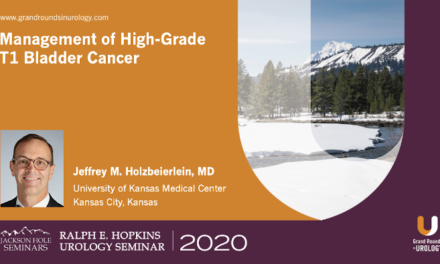