Riccardo Autorino, MD, PhD, summarizes the current EAU, AUA, and ASCO recommendations regarding partial and radical nephrectomies, the effect robotic surgery has had in this clinical area, and whether or not nephron sparing surgery is a beneficial and safe method for the management of large renal masses.

On the other hand, radical nephrectomy (RN) is still the standard option for clinical stage T2 masses, tumors larger than seven centimeters, and those that pose challenges in terms of surgical planning.

Furthermore, Peter Schulam, MD, PhD, and a research group observed data from the NIS database and over 20,000 cases. The study’s objective was to identify which parameters impacted decisions to use PN versus RN. A significant trend the study highlighted was that hospitals that owned robotic systems tended to perform a relatively high number of partial nephrectomies. Robotic surgery provides a better visual aide through tools such as ultrasound. It generally allows clinicians to perform PN, even in complex-mass cases, with more technical ease than a laparoscopic method.

Currently, it is widely accepted that PN should be the preferred option for smaller masses, as opposed to RN. Several studies show that both methods result in similar oncological outcomes, but PN offers a better recovery of renal function, and, correspondingly, a better survival.

While the the well-known EORTC trial, which ran from 1992- 2003, concluded that patients in a PN arm had a slightly higher complication rate and a worse 10 year survival rate then the RN arm, the study was subject to biases and limitations. On the other hand, Simon Kim, MD, MPH, led a meta-analyses in 2012. It showed that PN correlated with a reduction in all-cause mortality, cancer-specific mortality, and risk of severe chronic kidney disease (CKD). Furthermore, a more recent meta-analysis, which looked at functional cardiovascular outcomes in 26 studies, confirmed that PN reduced the postoperative risk of new-onset CKD.

Dr. Autorino and his research group published a meta-analysis in April of 2017. It looked at 21 case-controlled studies and over 11,000 patients. They ultimately found that RN implied less risk of complications. However, as is the case with small masses, PN allows for better preservation of renal function. It should be noted that this meta-analyses excluded randomized studies. Therefore, selection biases may have affected these results.

One randomized study, led by Ryan Kopp, MD and a group from San Diego, focused specifically on the subset of clinical T2 kidney cancer. They found that the benefits of performing a PN versus a RN disappear when patients have a R.E.N.A.L. score higher than 10. On top of that, they found that, in those patients, PN carries a high risk of bleeding and urine leak. The extensive resection, manipulation, and reconstruction related to treating larger masses exacerbates these risks.

Overall, it is important to analyze risk/benefit trade-offs when deciding to use either PN or RN, taking patient characteristics, age, comorbidities, baseline kidney function, tumor complexity (not simply tumor size), and the clinician’s surgical expertise into account. Also, clinicians should preoperatively counsel the patient to determine the best choice for that individual.

PN, or nephron sparing surgery, does not translate into clear benefit for any patient. But, it may represent a preferable option for patients with larger tumors in very selective cases. However, radical nephrectomy remains the standard. 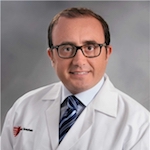 Dr. Autorino is an Associate Professor of Urology at Virginia Commonwealth University in Richmond. After graduating cum laude from Federico II Medical School in Napoli, Italy, Dr. Autorino completed his residency training in the same city, where he also obtained a PhD in Urological Sciences. In 2010, Dr. Autorino moved to the USA, where he first completed a two-year Research Fellowship in Urology, and then a two-year Clinical Fellowship in Advanced Laparoscopic & Robotic Surgery at the Glickman Urological Institute at the Cleveland Clinic in Cleveland, Ohio. In 2012, he was awarded with the Italian Matula Award by the Italian Society of Urology. In 2017, he was recipient of the Hans Marberger Award at the annual EAU meeting. Dr. Autorino serves as reviewer for numerous journals, and he serves as editorial board member of European Urology, World Journal of Urology, Archivos Espanoles de Urologia, and the International Brazilian Journal of Urology. He is the Associate Editor for the Laparoscopy and Robotics section of Minerva Urologica e Nefrologica. He has co-authored over 300 peer-reviewed publications and several book chapters. His main clinical interest is the minimally-invasive treatment of urologic cancers and benign urologic diseases by using robotic-assisted surgery. 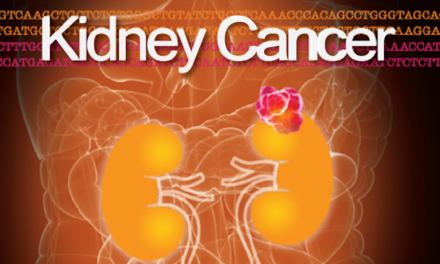 The Evolution of Clinical Trials in Renal Cell Carcinoma: A Status Report for 2013–2016 from the ClinicalTrials.gov Website