ENZALUTAMIDE (‘XTANDI’): AN UPDATE: The Many Faces of Enzalutamide

Many important developments have taken place since Enzalutamide (ENZ) was reviewed in the March/April 2014 issue. This Commentary will discuss these developments and the current indications for ENZ and new studies of ENZ as monotherapy. A subsequent Commentary will address sequencing, resistance, and possible potentiation of immunotherapy.

It is traditional, and possibly inappropriate, to initially test new agents in more advanced disease states, and if found effective, sequentially introduce them at earlier stages. The testing of enzalutamide has followed this pattern. In a series of large randomized Phase III clinical trials, ENZ (160 mg/day) was combined with androgen deprivation therapy (ADT), i.e., Lupron or orchiectomy, and tested in all trials against ADT plus a placebo.

[Results similar to the findings in PROSPER were reported for the combination of the newer antiandrogen, apalutamide (Erleada), in the same category of patients.]

The question, currently unanswered and under extensive study, is whether these men would benefit from also treating the primary tumor with surgery or radiation. Early data from the STAMPEDE trial reported a 3-year survival benefit for adding radiation directed to the primary tumor for men with low volume metastatic disease.

Is There One Step Further for ENZ in the Treatment Sequence? – Monotherapy with ENZ in men with rising PSA following primary therapy.

Past methods have included the use of an antiandrogen to replace a treatment such as Lupron in addressing a rising PSA after primary therapy. Bicalutamide (Casodex, 150 mg/day) alone and also a novel combination of bicalutamide (50 mg/day), and the 5-alpha I&II reductase inhibitor dutasteride (Avodart) both have been studied in this space with credible results.

A large study (Thomsen et.al., European Journal of Cancer, 2015) reported at median of 14.6 years follow-up a regimen of 150 mg qd of Casodex v. placebo in men showing a PSA progression after primary therapy. The study states that “bicalutamide significantly improved [by 27%] overall survival in patients with locally advanced disease.” There was no benefit for men with localized disease.

In contrast, antiandrogen functions directly within the prostate cell and block access of T and DHT to the AR. This inhibition very effectively reduces AR signaling to the thousands of genes that comprise the androgen response family of genes (including the gene for PSA). ENZ has greater affinity than Casodex for the AR ligand pocket and is about 10 times more potent than Casodex.

The EMBARK Trial is “A Phase 3, Randomized, Efficiency and Safety Study of Enzalutamide Plus Leuprolide, Enzalutamide Monotherapy, and Placebo Plus Leuprolide in Men with High-Risk Nonmetastatic Prostate Cancer Progressing After Definitive Therapy.”

Eligibility for this study requires a PSA doubling time of < 9 months; PSA of > 1 ng/mL post prostatectomy and PSA of at least 2 ng/mL above nadir post radiation therapy; and serum testosterone > 150 ng/dL.

Primary outcome measure is MFS. Secondary outcome measures include: overall survival, time to castration resistance, safety, and many other categories. A separate comparison of ENZ monotherapy versus leuprolide plus placebo is planned.

Enzalutamide provides substantial benefit at many stages in the progression of prostate cancer. The EMBARK trial may establish enzalutamide as an effective alternative to Lupron in the treatment of men with a rising PSA following primary therapy. 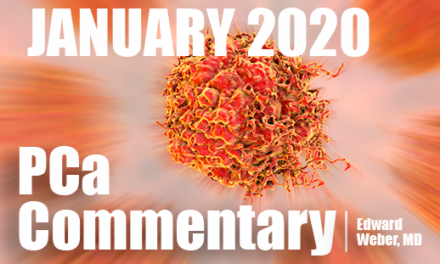 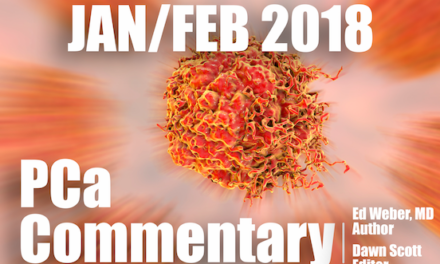 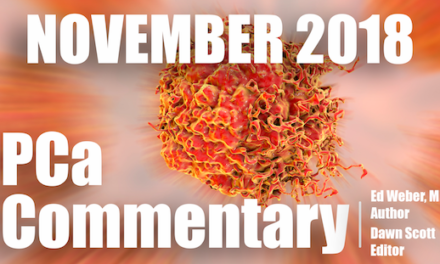 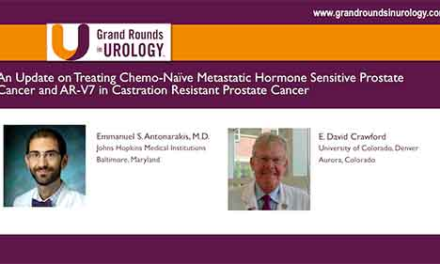