Something big is emerging in the management of men with metastatic (often heavily pre-treated) castration-resistant prostate cancer: A new potential entry into the regimens of standard-of-care treatment of men with BRCA 1/2 and ATM mutations with PARP inhibitor therapy.

This Commentary is offered as a heads-up to seed clinical awareness that this rapidly evolving category of management is an option. It should be considered for all men with metastatic cancer who harbor these gene variants and are progressing despite current therapies.

An adult human has about 30 trillion cells that are continuously undergoing replication — albeit at different rates in different tissues. This process randomly creates mutations, most of which are inconsequential (‘passenger’ mutations’). Other, far less frequent mutations predispose patients to cancer and accelerate cancer growth (‘driver’ mutations).

The BRCA family of genes, i.e., BRCA 1&2,  ATM, CHEK2, CDK12, and others, when mutated, increase cancer aggressiveness and lessen the response to conventional hormone therapy. When functioning normally, these genes generate the enzymatic templates that repair the continuously damaged DNA. When mutations inactivate these first-line DNA repair genes, the responsibility for repair falls to the second-line PARP system. A family of drugs, including olaparib (‘Lynparza’) and others, has been developed to inhibit the rescue by the second-line PARP repair enzymes. A high mutational rate is characteristic of advanced cancer, making these cancers especially vulnerable to the combined malfunction of the first- and second-line repair systems  — and un-repaired DNA damage induces cell death.

Based on tissue biopsies of metastatic lesions, Prichard et al., (NEJM. 2016) found that the cancers of 11.8% of men with metastases were enriched with BRCA2 and other BRCA-like germline variants. These men have a significant likelihood of responding to one of the family of PARP inhibitors.

One portion of the trial tested 92 heavily pre-treated men with BRCA1/2 and ATM variants who had progressed through at least one hormone therapy and possibly a taxane chemotherapy and had imageable sites of metastatic disease. Randomization was between two dose levels of olaparib or a newer hormonal agent that had not been previously employed. Response was declared if the PSA declined by 50% or more, the scan abnormalities improved, or the numbers of circulating tumor cells decreased from >5/7.5 ml blood to <5 cells measured at 4-weeks.

Quotes regarding this study from two respected prostate cancer researchers:

Looking toward the future – liquid biopsies:

In the PROfound study, the variants were identified by biopsies into metastatic tissue, a sometimes hazardous, invasive, and expensive procedure. Tissue biopsies capture ~90% of the germline mutations and, additionally, identify new mutations that have evolved as a result of treatment pressure (i.e., ‘somatic’ mutations). Coming online, but not commercially available as yet, is a ‘liquid biopsy,’ a blood sample which analyzes for small fragments of tumor DNA and RNA. The ‘liquid biopsy’ has the advantage of sampling the contribution of genetic variants from all tumor sites. It is currently employed in some institutional studies and was used in the PROfound trail. Information from liquid biopsies in men with metastatic CRPC expands the number of men harboring defective DNA repair genes to ~25%-30%. These are men who might benefit from PARP inhibitor drugs.

Step one is having the test to identify BRCA-like mutations. This is germline information and is addressed in most institutional genomic testing of the tumor. Commercial labs offer the test.

Although the results of the PROfound study likely will accelerate FDA approval for olaparib for metastatic prostate cancer, currently PARP inhibitors are only available on protocols. As of the time of this Commentary, there are 24 trials listed in ClinicalTrials.gov testing PARP inhibitors of various types and in various clinical settings. This should be discussed with the treating oncologist. 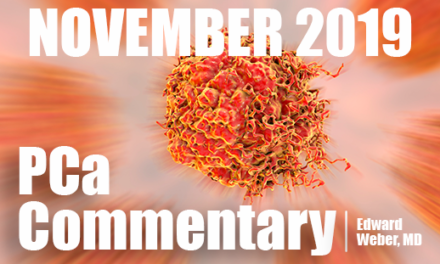 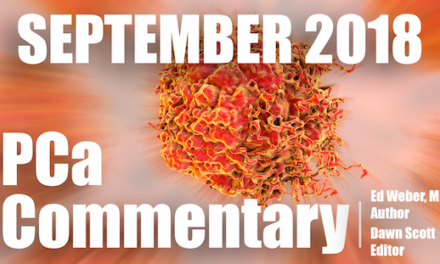 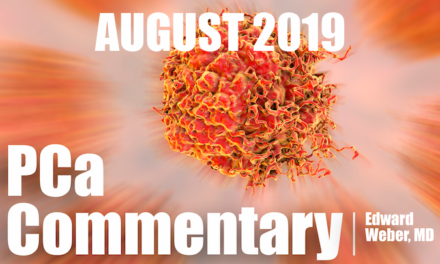 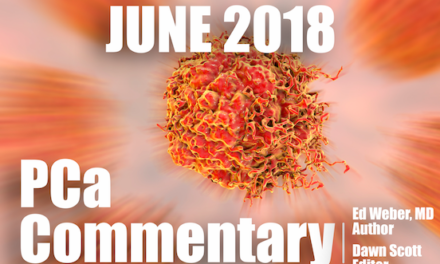